The Supreme Court’s decision to accept certiorari last fall in Liu v. SEC, 140 S.Ct. 1936 (2020) created anticipation and expectation that the SEC’s vaunted but Congressionally-unauthorized disgorgement program might be coming to an end. Indeed, the high court virtually invited the defense bar to challenge the Commission’s right to obtain disgorgement two years earlier in its decision Kokesh v. SEC, 137 S.Ct. 1635 (2017) (applying the five-year statute of limitations of 28 U.S.C. § 2462 to SEC disgorgement claims based on the Court’s conclusion that the remedy of disgorgement was inherently punitive in nature).

This past June the suspense ended when the Court, in an 8-1 decision, upheld the SEC’s right to seek disgorgement in federal court, but significantly limited the circumstances in which it could do so. Specifically, the Court held that any disgorgement award must be limited to the wrongdoer’s “net profits” and issued to “victims” of the fraud. In so doing, the Court resolved the question of the SEC’s right to obtain disgorgement conceptually – but muddied the waters regarding when and under what circumstances such disgorgement would pass constitutional muster. This article examines many of the unanswered questions that flow directly from Liu.

1. What Constitutes a “Legitimate Business Expense”?

According to Liu, “Courts may not enter disgorgement awards that exceed the gains made upon any business or investment, when both the receipts and payments are taken into account.” Accordingly, “courts must deduct legitimate expenses before ordering disgorgement.”

This, of course, begs the fundamental question as to when is an expense related to a fraud “legitimate”? Clearly, “when the entire profit of a business or undertaking results from the wrongdoing, a defendant may be denied inequitable deductions such as for personal expenses.” But what about expenses other than “personal services”? What about the deductibility of personal services devoted to that part of a business venture that was not fraudulent? And why should expenses incurred in the perpetration of a fraud like rent, postage or computers be deductible at all?

The Supreme Court concluded “it is not necessary to set forth more guidance addressing the various circumstances where a defendant’s expenses might be wholly fraudulent.” Instead, the Court “[left] it to the lower courts to examine whether including [specific] expenses in a profits-based remedy is consistent with equitable principles.” One point is certainly clear: it will take years of trial and error as the Commission, counsel and the courts struggle to define what constitutes a legitimate business expense.

2. Can Disgorged Funds Ever Go to the Treasury?

Fundamental to the Court’s decision in Liu was its holding that – in order for a disgorgement order to be valid – the order had to direct payment “for the benefit of investors.” The Court questioned how a disgorgement order directing payment to the U.S. Treasury – a common SEC practice – could ever be lawful, although it sidestepped the issue based on the failure of either party to “identify a specific order in this case directing any proceeds to the Treasury.”

Presumably, disgorgement orders directing payment to the Treasury would be considered unlawful by the Court because such orders would serve only one of the two equitable goals underlying disgorgement. Disgorgement paid to the Treasury would deprive a wrongdoer of the “fruits of their ill-gotten gains,” but such an award would – equally clearly – not be “for the benefit of investors.” Awards directing payment for the benefit of investors are not simply aspirational: they derive directly from the statute authorizing the SEC to obtain relief in fraud cases – 15 U.S.C. §78u(d)(5) – which authorizes a federal court to “grant . . . any equitable relief that may be appropriate or necessary for the benefit of investors.” It is difficult to conceive how any disgorgement paid to the Treasury could satisfy this requirement. Nonetheless, the Court directed the lower courts on remand in Liu to consider such a question “if” such an order is subsequently entered in the case” – thereby creating further uncertainty for litigants.

3. Is Disgorgement Ever Available in Insider Trading or FCPA Cases?

Disgorgement orders directing payment to the Treasury are commonplace in insider trading and Federal Corrupt Practices Act cases, because – while the amount of the benefit to the defendant is easily ascertainable – identifying the harmed investors is not. It is difficult to conceive how such orders can be justified following Liu.

The standard measure of disgorgement in a settled insider trading case is the amount of the gain recognized (or loss avoided) by the unlawful trade. Similarly, in the FCPA context, disgorgement is calculated based on the value of the contract wrongfully obtained (i.e., the “gross” profit). Such practices would seem to fly in the face of Liu, gross profits no longer being the lawful measure of disgorgement. More importantly, disgorgement obtained in insider trading or FCPA cases cannot be returned to investors because of the inability to identify the “harmed investors.”

How will the SEC adjust to such a change in the law? One avenue would be to alter its standard formula for resolving insider trading cases, historically, the amount of the gross gain (or loss avoided) times two. This “one plus one” formula – disgorgement of gross profits plus a one-time civil penalty — is facially unacceptable following Liu. The Insider Trading Sanctions Act, however, authorizes treble penalties in insider trading cases. The SEC could, presumably, retain its doubling approach on the grounds that Congress has authorized up to three times the profit or loss avoided and a settlement for anything less is therefore justified. The Commission could take a similar approach in the FCPA context.

4. Can Liu be Squared with Kokesh?

One last point bears mentioning. After Liu the SEC is free to argue that disgorgement orders based on net profits paid for the benefit of investors are not subject to the five-year statute of limitations upheld in Kokesh. Because it is difficult to harmonize the two decisions, the thorny issue of disgorgement is likely to end up once again before the high court.

The Supreme Court’s recent decision in Liu proved disappointing to those hoping for clarity after the Court opened the door to questions regarding the remedy’s legitimacy in Kokesh. The SEC’s right to obtain disgorgement conceptually is no longer an issue, but when, how and on what basis remain largely unclear. Recent SEC settlements suggest the agency is already groping towards a methodology for imposing disgorgement, but disputes are certain to arise that cannot be easily answered. As the battle over the legitimate parameters of SEC disgorgement plays out through negotiation and litigation practitioners should take heart that Liu has strengthened the defense bar’s arsenal of arguments.

Richard A. Levan has substantial experience in the Securities and White Collar Enforcement fields, having previously served as Chief Litigation Counsel at the U.S. Securities and Exchange Commission’s Philadelphia Office and as an Assistant U.S. Attorney in the Department of Justice in Washington, D.C. He is currently co-chair of the Securities Regulation Committee of the Philadelphia Bar Association. He can be contacted at Richard@Levan.Legal. 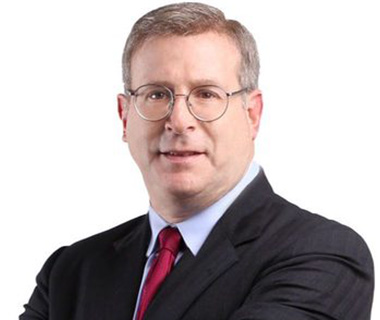 Jon-Jorge Aras is a trial attorney who represents securities industry professionals and firms in enforcement actions and investigations initiated by the U.S. Securities and Exchange Commission and FINRA. He can be contacted at JJAras@Levan.Legal. 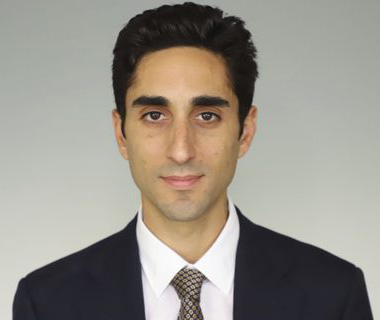